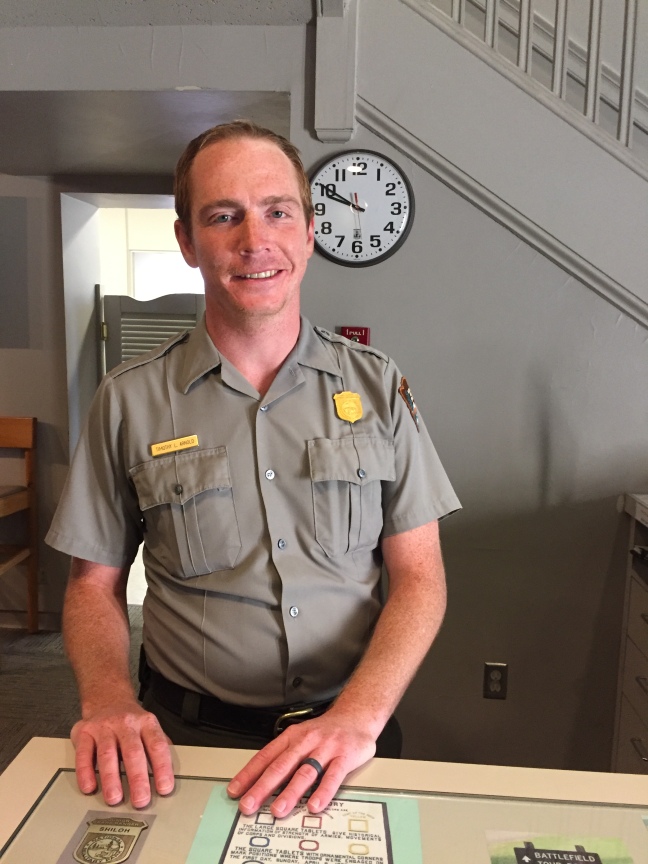 A Day at Shiloh

Sadly, I must confess that I am not an expert on the Battle of Shiloh but I am currently working to remedy that deficiency. Like many Civil War geeks before me, I have been sucked in by media portrayals of the Civil War which focus quite heavily on the battles fought by the Army of the Potomac in the eastern theater of operations. This is truly ironic since my master’s thesis focused on the irregular operations in the western theater and I’m a fan of General Ulysses S. Grant.

Recently, on my way back from the 154th re-enactment of the Battle of Perryville, KY, I made time in my trip to stop by Shiloh, TN for my first visit to this historic battlefield. On my way to Kentucky and down to Shiloh I was listening to The Personal Memoirs of Ulysses S. Grant and Bruce Catton’s Grant Moves South on audio through my iPhone. I have read both of these books several times but I wanted to immerse myself in the era. As I pulled into the battlefield I was immediately struck by the awesome beauty of the place. Ironically, as with so many other Civil War battlefields, the beauty of the place is in direct conflict with the magnitude of the slaughter which took place. On this ground in 1862 more casualties were suffered in two days of fighting than all other previous U.S. Wars up to that date combined. According to the Defense Casualty Analysis data base, only 19,978 died prior to the battle of Shiloh in the Revolutionary War, War of 1812, and the Mexican American Wars combined (DCAS, 2014). In terms of killed, wounded, and missing Shiloh eclipsed this casualty count with 23,746 (Gudsmans, 2005). Shiloh, in terms of geographic size is quite similar to Gettysburg but there is where the similarities end. Gettysburg is a series of distinct hills, small wooded patches and a prominent town adjacent to the battlefield. Shiloh is densely wooded broken by fields that are with few exceptions about 1-2 square kilometers in size.

The fighting in Shiloh was very close and confused. On the first day the fighting was disorganized by the Union and fell apart for the Confederates after General Alfred Sydney Johnston was killed in the afternoon of the sixth (Catton, 1969). Despite this confusion, the Union commander Major General U.S. Grant was not inclined to resort to defeatism in battle, or be passive in the face of overwhelming odds. During the evening of the 6th gunboats Lexington & Tyler under the orders of Flag Officer Foote (the Navy did not have a rank of Admiral in 1862) pounded away at Confederate positions during a thunderstorm. The sound of thunder from the storm and the sound of cannon fire combined to deprive the tired Confederate soldiers of any vestiges of a restive evening (Arnold, 1998).

On the 7th with re-enforcements from Major General Don Carlos Buell’s Army of the Ohio, Grant was able to push the Confederates from the field and into retreat. The last shots fired at Shiloh were in a skirmish between Union forces and Nathan Bedford Forest’s Confederate Cavalry (Grimsley & Woodworth, 2006). As I’ve stated before I’m not expert on this battlefield (yet). But I was very impressed by two remarkable features of the battlefield. Bloody Pond and Shiloh Church. 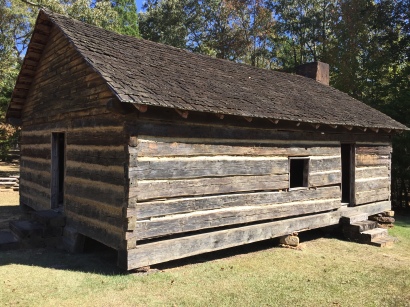 These two features, which seem so benign and peaceful, were places of unspeakable bloodshed and sorrow. Bloody pond saw so many Union and Confederate wounded  trying to quench their thirst or clean their wounds that the color of the pond itself took on a sanguine tint. The Church, a bare bones meeting house with simple plank seating for pew and a mud fire place, is the feature which gives the battlefield its name. Like the Dunker Church at Antietam, one cannot escape feeling of the weight of the lost souls at this place.

I would like to offer a note of thanks for the person featured in the photo at the beginning of this post. Ranger Timothy Arnold was a wealth of information and enthusiasm. I have a job I love to do but to work at a national military park would be an honor and Ranger Arnold is certainly deserving of that honor. Like myself, he is a re-enactor and there is nothing disingenuous about his love of history or excitement about his park. I will always love visiting Gettysburg and Antietam, Bull Run and Petersburg, but Shiloh is without a doubt one of the best preserved parks it has been my pleasure to visit. Before I visit again, I hope to be better prepared to enjoy my stay. 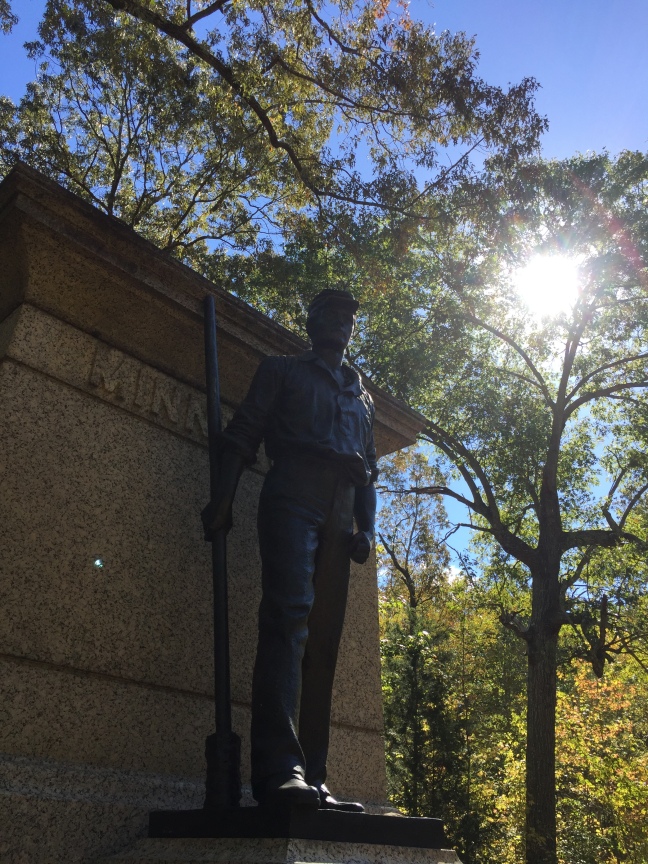